The National Association of Residential Property Management has released the vacancy report for Q4 of 2021.  After seeing an all time low in the first quarter (.81%), vacancies rose steadily throughout the year into Q2 and Q3. In Q4, when inventory is at its lowest, we saw rates drop significantly to reflect this at 1.58%. First Rate also experienced a similar trend, averaging an overall vacancy rate of .63% for the duration of the Q4. As rental rates continue to rise in response to the exponential growth in the Treasure Valley, we expect to see a similar rates in 2022.

While vacancy rates decreased, the overall marketed rent per unit increased by $242, making the average marketed rent rate $1880 per month in Ada County. The single family marketed rental rates increased this quarter by $129 per unit to average $2,025 per month. For multi family units, there was also an increase, $142 in rent per month to $1,474 per month.

In Canyon County, there was a slight decrease of $19 in rent rates, averaging $1,662 per month. With Nampa and Caldwell being a hot spot for new construction and an influx of luxury apartments being built in the area, the data shows 1 bedroom, multifamily and 2 bedroom, single family rent rates surpassed that of Ada County. However, the average monthly rent rate remain slightly less than that seen in Boise and Meridian. 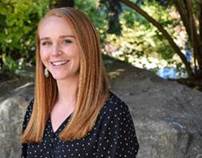